From a Devotee to a Disciple 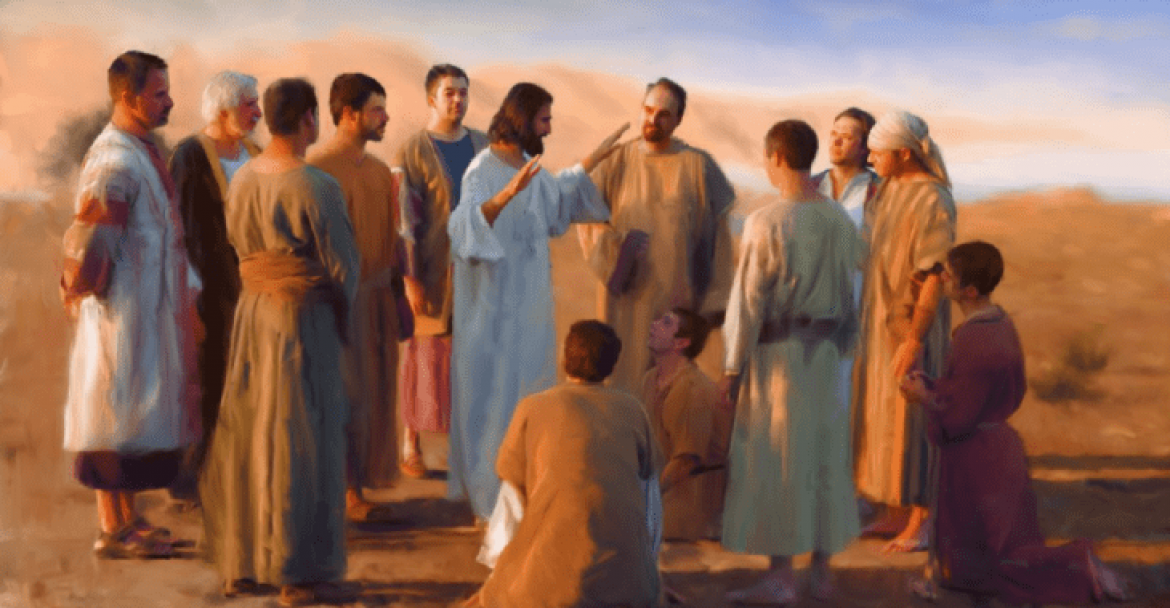 We see this call and response in the life of Mathew.

As Jesus passed on from there, he saw a man named Mathew sitting at the customs post. He said to him, “Follow me.” And he got up and followed him. – Mt 9:9

What made Mathew become a disciple of Jesus is his response. Some other Bible translations use the word “immediately” Mathew got up and immediately and followed Jesus. The word “immediately” means without hesitation, a spontaneous response to the call. Thank God in those days there were no discernment retreats. Mathew did not tell Jesus, “please wait I will make a discernment retreat to know if you are really calling me.” Mathew wholeheartedly responded to the call of Jesus. This is very important for us to become disciples. All are called to become the disciples of Jesus. Discipleship is not optional! On the other hand a devotee is one who hears the call of God and does not respond to it.

In the Epistle of James the writer says “be doers of the word and not hears only.” A devotee is one who only hears the word of God and goes away and does nothing about it. A disciple is one who hears the Word and applies it to his life.  James 1:22-25

Meaning of the term Disciple

The dictionary meaning for the word disciple means – Pupil, student, Learner. From this we can say that a disciple is a Pupil or student of the master. Like a Guru and sishya.

A Devotee is one who is one merely concerned about the externals. Not really concerned about change. They will go for all retreats, conventions, pilgrimages, adorations etc, but there is little or no change at all. Their life styles remain the same.

Who is a disciple?

For me a disciple IS ONE WHO FOLLOWS THE LIFE STYLE OF JESUS! In Mathew 10:25 Jesus is saying “it is enough for the disciple that he become like his teacher, for the slave that he become like his master.” A disciple is one who imitates the Master. Eph 5:1 “Therefore be imitators of God, as beloved children.” When Jesus asked Mathew to “Follow Me”, he was calling Mathew to follow His lifestyle.. 1 Jn 2:6 “he who says he abides in him ought to walk in the same way in which he walked.” This calls for a change of live style. This is what St. Paul meant in 2 Cor 5:17,

Therefore, if any one is in Christ, he is a new creation; the old has passed away, behold, the new has come.

The call of Jesus in the Gospels is to become a Disciple and not just a pious devotee.

The goal of discipleship

Then we can achieve the goal of discipleship of making Jesus the Lord of our lives for the rest of our lives.

How to become a disciple?

1 While the people pressed upon him to hear the word of God, he was standing by the lake of Gennesaret. 2 And he saw two boats by the lake; but the fishermen had gone out of them and were washing their nets. 3 Getting into one of the boats, which was Simon’s, he asked him to put out a little from the land. And he sat down and taught the people from the boat.

4 And when he had ceased speaking, he said to Simon, “Put out into the deep and let down your nets for a catch.” 5 And Simon answered, “Master, we toiled all night and took nothing! But at your word I will let down the nets.” 6 And when they had done this, they enclosed a great shoal of fish; and as their nets were breaking, 7 they beckoned to their partners in the other boat to come and help them. And they came and filled both the boats, so that they began to sink.

8 But when Simon Peter saw it, he fell down at Jesus’ knees, saying, “Depart from me, for I am a sinful man, O Lord.” 9 For he was astonished, and all that were with him, at the catch of fish which they had taken; 10 and so also were James and John, sons of Zebedee, who were partners with Simon. And Jesus said to Simon, “Do not be afraid; henceforth you will be catching men.” 11 And when they had brought their boats to land, they left everything and followed him.

Verse 3 Says “Getting into one of the boats, which was Simon’s, he asked him to put out a little from the land. And he sat down and taught the people from the boat.”

Jesus wanted to teach Simon an important lesson.  But He realized that Simon was the expert fisher man and He was the carpenter. The only way Simon would listen to Jesus was for Jesus to get into his boat. By doing this, Jesus was actually stepping into the life of Simon Peter. The only way Jesus will teach us His mysteries and the secrets of His Kingdom is by stepping into our lives the way He stepped into the life of Simon. Jesus will not teach us from outside of our lives. He wants to come in. Then he asked Simon to Put out the boat a short distance from the shore. A fisher man will tell you that fishes are caught in the deep and not in the shallow water.

Hence if we want to become His disciples two things are very important:

For this is happen we need ongoing formation:

This will bring about a NEW WAY OF LIFESTYLE!!

Fr. Tom Forrest says, “An ignorant preacher is more dangerous than sin!”  It is formation that will take us from the shallow waters to the deep waters and make us disciples.

Who are not disciples?

How did the disciples respond to the call?

Read the following four passages of Scripture and find out for yourself.

If we want to become disciples, we need to wholeheartedly respond to Jesus. Both the call and response are important to make us His disciples.

Why does Jesus call us?

Pope John Paul in Ecclesia in Asia section 23 says “Mission is contemplative action and active contemplation. Therefore, a missionary who has no deep experience of God in prayer and contemplation will have little spiritual influence or missionary success.”

Purpose of the Call

A devotee will struggle with this teaching of Jesus.

God calls everyone to become His Disciple. We need to respond wholeheartedly to Him. A disciple is one who follows the life style of Jesus and this can happen when discipleship i.e evangelizing oneself takes place. This will help us to make Jesus the Lord of our lives for the rest of our lives.

A Disciple is one who has:

For a disciple, Jesus should always come first. Nothing else should take that place. Mathew 6:33 “Seek first the kingdom of God.” Others should come second. Christianity is others centred. We should be prepared to reach out to others, and then yourself last.

Prev PostSeek and You Shall Find
Next PostEternity in Hell

Jesus Love
Eternity in Hell
Therefore, repent and be converted, that your sins may be wiped away (Acts 3:19).
Read More

Jesus Love
From a Devotee to a Disciple
Therefore, if any one is in Christ, he is a new creation (2 Corinthians 5:17).
Read More

Jesus Love
Seek and You Shall Find
Those who seek the Lord lack no good thing (Psalm 34:10).
Read More

Jesus Love
The Living Word
The Word of God is living and active, sharper than any two-edged sword.
Read More

Jesus Love
Why choose God?
We are by nature seekers, but it’s truly in Jesus that we find fulfilment of our every desire.
Read More

Jesus Love
The Reality of Hell
Very few Christians make it to heaven because we do not strive to do God’s will.
Read More

Jesus Love
Jesus is Coming Soon
Sin is in the world. But we who believe in Christ, will live with Christ for eternity.
Read More

Jesus Love
The Power of Praise
God is enthroned on the praises of His people (Psalm 22:3).
Read More
We use cookies to ensure that we give you the best experience on our website. If you continue to use this site we will assume that you are happy with it.Ok