The Reality of Hell 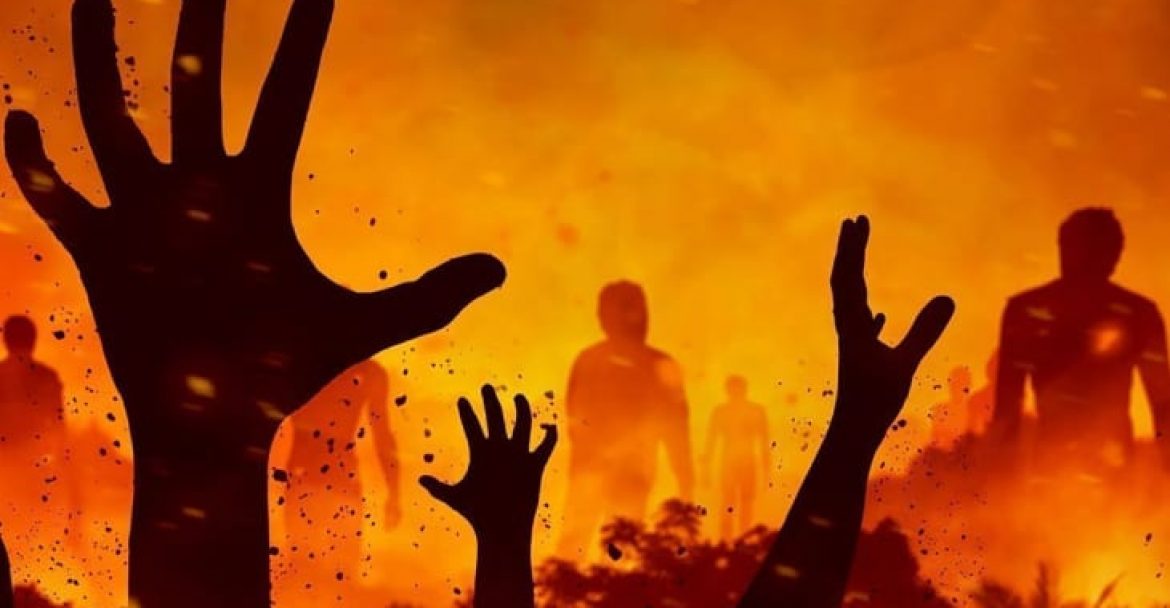 In 2003 the Lord gave me a revelation of Hell in a dream. I was in a dark place and there were many people there. The devil was almost 14ft. tall and on fire. He leaped upon the people like an enraged lion and set them ablaze. They were frightened, screaming and in pain. It was evident that the devil hated all of them. When I prayed the next day asking the Lord why He showed me the dream, He said that both Heaven and Hell are real and that I should preach the Gospel.

Although I had this revelation, I never preached about Hell until 2009. One day, when I was praying I felt my soul descend into a kind of a well. As I descended the darkness grew deeper until I reached a place which was pitch dark. It was a place of palpable fear and hopelessness. It opened out into a cellar where I heard many people weeping and moaning- the cries of tormented souls. I heard the Lord’s voice saying to me, “Many who are there are youth.” I began to weep bitterly as I had worked among the youth for 9 years. I began to ask the Lord insistently who could be saved – and the Lord answered, “If any man would come after me, let Him deny Himself and take up his cross and follow me… For whoever would save his life will lose it and whoever loses his life for my sake and the Gospel’s will save it.”

The Burden for Souls

After this revelation I began to have a deeper burden for souls. The Lord further revealed that very few Christians will make it to Heaven. (Matt7:14, 21-24, Luke 13:23-25). Many claim to be Christians, they go to Church, perform many devotions and acts of charity, but they have not truly made Jesus the Lord of their life and have not enthroned Him in their hearts. Their decisions are driven by self-will, selfishness and self- centeredness, lust of the eyes, lust of the flesh and the pride of life. They do not strive to do God’s will or what pleases Him in all the areas of their life (Matt 22:37, John 14: 15, 21, 23, 24; 15:10). Thus they fail to keep the first commandment-to love the Lord with all their heart, soul and mind. Jesus said five times – “If you love me you will keep my commandments.”

He instructed me to preach this message and warned me that if I compromised I would lose Heaven.

Further in 2014, the Lord confirmed that very few people in the church would be saved (Matt7:13,14). I asked the Lord in despair why I should preach then? He replied that it is my duty to go and warn people that He is coming soon and that He will repay every man according to His deeds; to give people an opportunity to repent and turn back to Him.

The Dogma of Hell was introduced into the Catholic Church because of the teachings of Jesus Christ. The Lord spoke more about Hell than about Heaven because He knew that very few would accept this teaching.

“If your eye causes you to sin, pluck it out, if your hand causes you to sin cut it off. It is better to enter life maimed than to be thrown into hellfire where the worms do not die and the fire is not quenched.” – Mk 9:43-49

Jesus expresses here the sheer horror of Hell and that we must avoid it at any cost.

Man does get lost in this cosmic dimension; so do preachers, catechists, teachers; and as a result they no longer have the courage to preach the threat of hell. And perhaps even those who listen have stopped being afraid of hell. In fact, people of our time have become insensitive to the last things.’ – Pope St. John Paul II in his book ‘Beyond the Threshold of Hope.’